All Xbox controllers upgraded to firmware 5.13.3146.0 no longer supports Bluetooth with Cronus Zen.

Don't worry there is a great wireless solution, grab an Xbox Wireless Adapter from our store and you'll have a smooth, wireless experience with 5GHz Wi-Fi Direct technology.

If your Xbox controller is regularly disconnecting from the Xbox Wireless adapter, or won't connect at all, it could be one of several reasons. The good news is that this is separate from the Cronus Zen device, so the issue can be resolved by tuning your wireless network or replacing the adapter for a new model.

If your Xbox controller won't pair to the Xbox Wireless Adapter, here's a couple of steps which should solve the problem.

If everything is working, connect the adapter to A3m then connect the Xbox controller to A2. Wait a few seconds, unplug the controller and wait for the Adapter White LED to stop flashing. Press F3 to open device monitor and test that your controller is now working correctly.

If your DUALENSE or DUALSHOCK 4 controllers have been paired to the Cronus Zen by Bluetooth, but you now need to connect them back to the console (without using Zen) and they are no longer working, it is because they have become unpaired from your PlayStation, and you will need to run the pairing process again.

This is done by connecting the controller to the console via a USB cable.

As there is no headset audio support over Bluetooth, Cronus Zen has a bypass feature that allows you to connect your headset directly to the Pass-Thru Auth Controller (see below image). 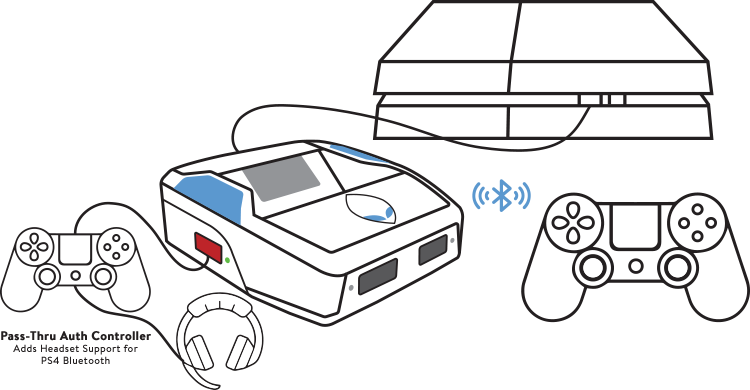 Headset Not Working with Bluetooth Xbox One Controller

As there is no headset audio support over Bluetooth, Cronus Zen has a bypass feature that allows you to connect your headset directly to the Pass-Thru Auth Controller (see above PS4 example).

Info: You can also use an Xbox One Wireless Adapter with a Bluetooth controller - this supports Headset Audio.

Audio is Distorted / Breaking Up / Echoing

This usually happens when a script is causing too much CPU load, interference with a wireless adapter, or sometimes it may happen if you are using the headset in a "crossover' scenario (PS4 controller on an Xbox One for example).

Important: If you ever have an issue with audio, the simplest solution is to unplug the jack from your controller and plug it in again.

No Headset Audio when Gaming on a Windows PC

You must connect the headset directly to the controller with the 3.5mm audio jack. The controller can then be paired wirelessly to the wireless adapter that is connected to the A3 USB Port of the Cronus Zen (see image below). 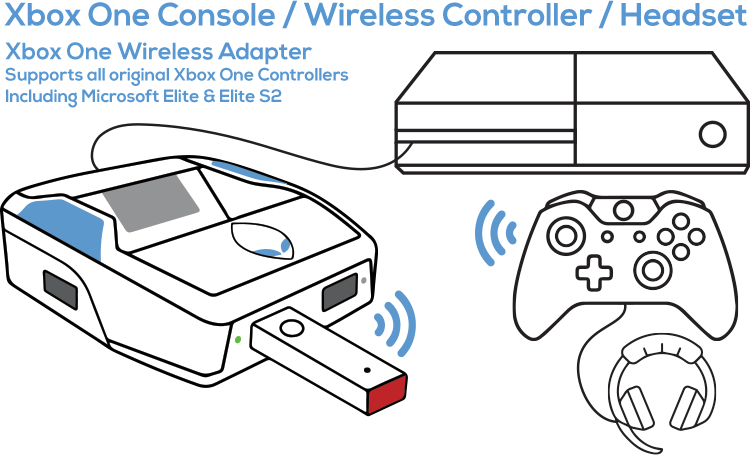 Important: If you have a wireless headset that connects directly to the console, you do not have to connect to the controller as it completely bypasses the Cronus Zen.

UP NEXT
Device Disconnected
Docs powered by archbee