Early models of Xbox One and it's accessories do not use Bluetooth. Instead it uses proprietary version of WiFi Direct that has a higher bandwidth for faster speed and lower latency, this is called Xbox Wireless. As a result, Xbox wireless controllers also work on PC and Cronus Zen with the Xbox Wireless Adapter.

Here's everything you need to know about Xbox Wireless, its benefits to you as a gamer, and how to resolve any audio or disconnecting issues you may be experiencing. 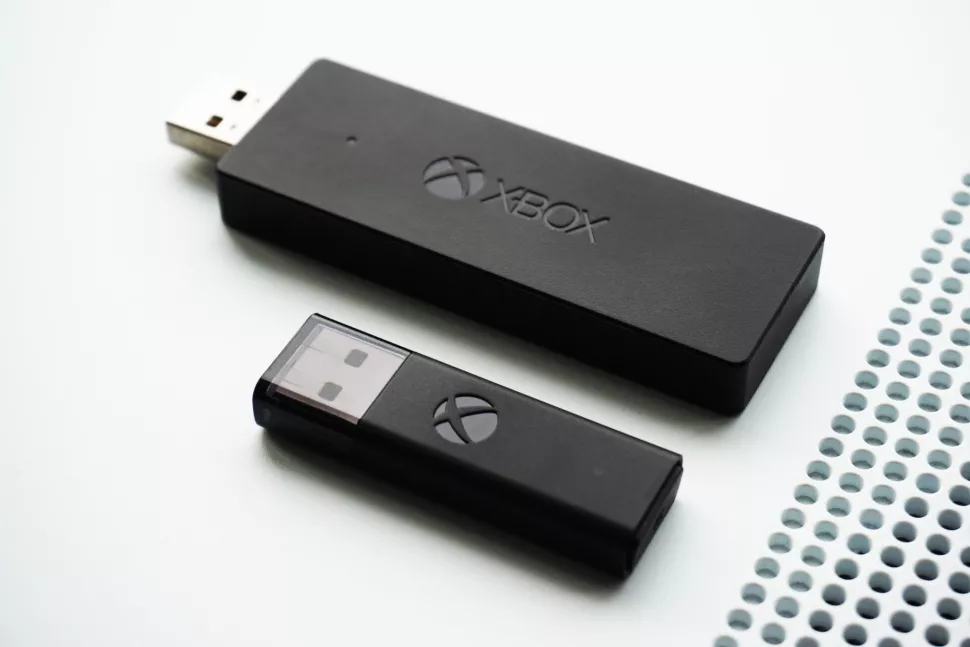 What is Xbox Wireless?

Xbox Wireless is a proprietary protocol developed by Microsoft for connecting accessories to Xbox One consoles. Like Bluetooth or Wi-Fi Direct, Xbox Wireless enables controllers and select headsets to establish a direct wireless connection with the console, while avoiding the complexities that come with physical cabling. 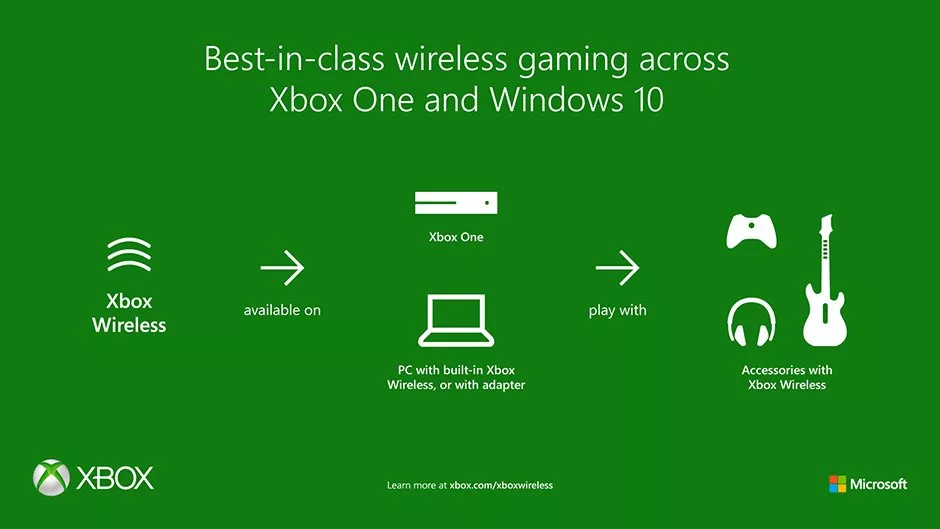 The protocol first made its debut back with the Xbox One. It served as the unbranded technology for connecting controllers to the console. Microsoft later expanded its capabilities to Windows devices via a wireless adapter, allowing Xbox accessories to be used on PC, and of course the Cronus Zen.

Why Use Xbox Wireless? 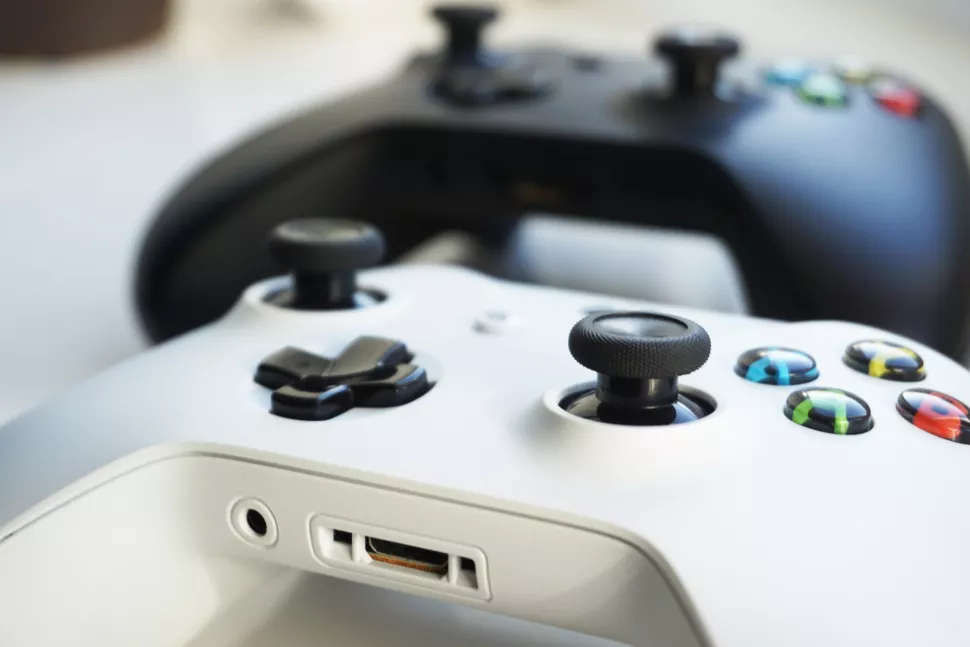 Existing wireless technologies like Bluetooth are available for most gaming accessories, but Microsoft opted to develop its own protocol for further flexibility, with faster speed and lower latency than Bluetooth, which can shave off vital milliseconds in competitive matches.

Xbox Wireless is also able to transmit wireless stereo audio, which is used for dedicated Xbox Wireless headsets. This means the Xbox One controller's integrated 3.5mm jack can also be used as an audio output too, which is NOT available over a Bluetooth connection. 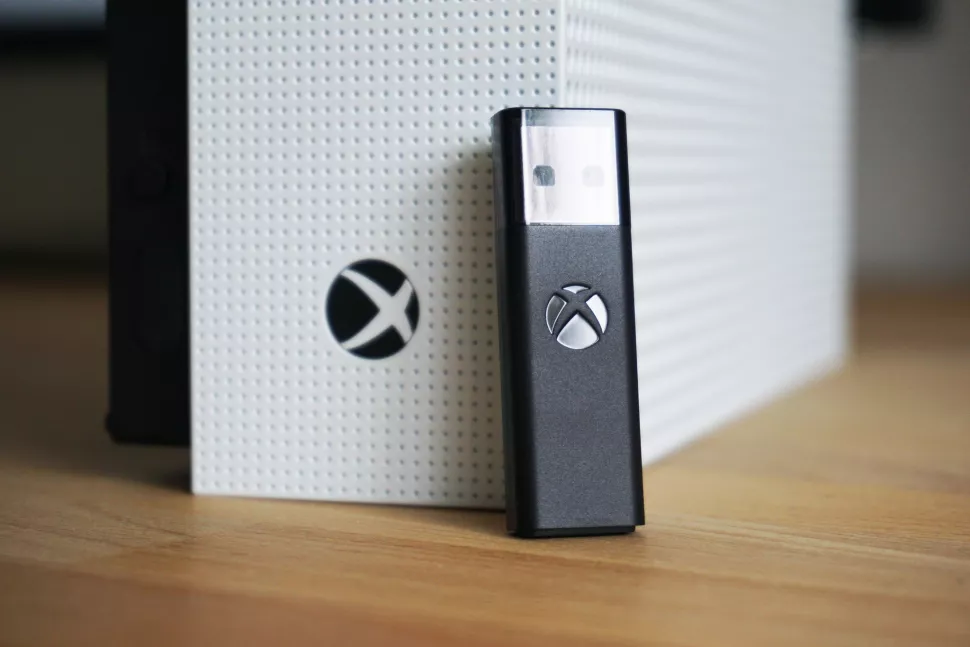 While infrared (IR) and Wi-Fi Direct are used for connecting some devices, this is the sole way of connecting early model controllers wirelessly (1537, 1697, Elite 1698). The 2.4 GHz Bluetooth protocol wasn't introduced until the later Xbox One S console and 1708 model controller.

The proprietary nature of Xbox Wireless means an adapter is required, which will set you back $24.99 from our store. The new v2 design is now available, this cuts the adapter's size down to a third of the original, and is fully compatible with the latest version of Cronus Zen.

Here's an example of how easy it is to setup the Xbox Wireless adapter with Cronus Zen:

Unfortunately, early models of these headsets all operate in the 5 GHz range, because at the time it wasn't anticipated just how popular the 5 GHz wireless range would be in home networks. Having a modern 2.4GHz / 5 GHz wireless router is great for speed and range, but terrible for interference.

Not only can using early model Xbox Wireless headsets in a busy wireless network environment affect the quality of the audio, but it can also cause your controller to disconnect from the Cronus Zen.

As great as Xbox Wireless is, there are also cases of frustration due to the 5 GHz band used by today's modern wireless routers, interfering with audio quality and causing intermittent controller disconnections.

After some research, we discovered the dongle itself is sending out data using 802.11a and 802.11n 5 GHz (not 802.11ac) with OFDM and 6 Mbit/s data rate. So it does not use the more common 802.11ac (5G WiFi), but it does operate in the 5GHz band, therefore poses an increased chance of interference from your home wireless network.

We found the heaviest traffic from the wireless adapter on 5GHz channels 36, 40, 44 and 48 (most heavily on 44), so it's a good idea, if you have the capability, to adjust the channel priority on your wireless router, so that they have little to no traffic around them. This will drastically improve the quality of radio frequency range around your wireless gaming area.

If your router can handle both 2.4 GHz and 5 GHz, and your Xbox is connected wirelessly to the router, it is recommended that you change the Xbox connection to 2.4 GHz instead of 5GHz if you are experiencing disconnection issues.

Here's a full capture of every channel the controller and wireless adapter is scanning. This should help aid in any fine tuning of your WiFi network.

Before using the Xbox Wireless Adapter with the Zen, or if you are experiencing any issues, it's recommended that you first install the adapter directly to your PC. The drivers for the adapter are embedded within the Windows 10 or 11 operating system, so this will make sure the drivers are installed correctly and the controller works wirelessly as intended.

To make sure the controller is working correctly, visit gamepad-tester.com for instant feedback.

If it isn't working, try the following solutions:

The Controller Won't Pair to the Adapter

If the pairing instructions are not working, try the following solutions:

The Controller Disconnects From the Adapter

If your controller disconnects frequently from the Xbox Wireless Adapter, this is typically due to environmental issues, such as no line of sight (between the controller and adapter) or a heavy amount of interference, such as a 5 GHz wireless router and from metallic objects.

Try these suggestions to improve the connection between your controller and wireless adapter:

The Adapter Was Working But Isn't Responding Now

If your adapter was installed and working, but it did not respond after waking your PC or Cronus Zen, this may be because your USB controller doesn't have Wake on Wireless turned on by default. This can typically be managed by the USB controller driver.

There are two solutions to this:

The 2.4GHz band, while having slower speeds, is a much better frequency for wireless signals to travel. It is well known that wireless data travels much better in the 2.4GHz frequency, and the reason it was the original band used for WiFi.

The problem was that the 2.4GHz band became overused with many wireless signals causing traffic issues. When a wireless data packet collides with another one it must be resent slowing down the entire network.

An older 2.4GHz WiFi-5 wireless-N connection speed is rated at 300Mbps, which is much faster than the recommend Xbox Live 3Mbps needed to play a game online.

The bottom line is the 2.4GHz WiFi band is likely much more stable compared to the 5GHz band; sometimes faster is not better.

If your Xbox has WiFi issues that keep dropping a connection, there are several ways to solve the problem.

Each fix will be unique to the scenario with no one fix. Sometimes, restarting the router is all that is needed. In most cases you will want to try a different band or channel.

If possible, using a wired Ethernet cable is ideal, but can be a problem for some users. If an Ethernet cable can not be run using a Power Line Adapter or Ethernet to WiFi converter will also work. The less wireless signals from your Xbox, the better.

If you are interested there is a massive thread over at the Xbox forums where many users have issues with Xbox wireless.

UP NEXT
Zen Studio Problems
Docs powered by archbee