Breathe new life into your old racing wheel with Cronus Zen. Now supporting a range of awesome, but forgotten wheels from Logitech and Fanatec, fully functional on a PlayStation 4 with full Force Feedback, Pedals, Brakes, Clutch, and Shifter support for the latest SIM Racers!

"Unfortunately, our existing Logitech G wheels don’t work with next-generation systems. This is often a side effect of a new platform launch." 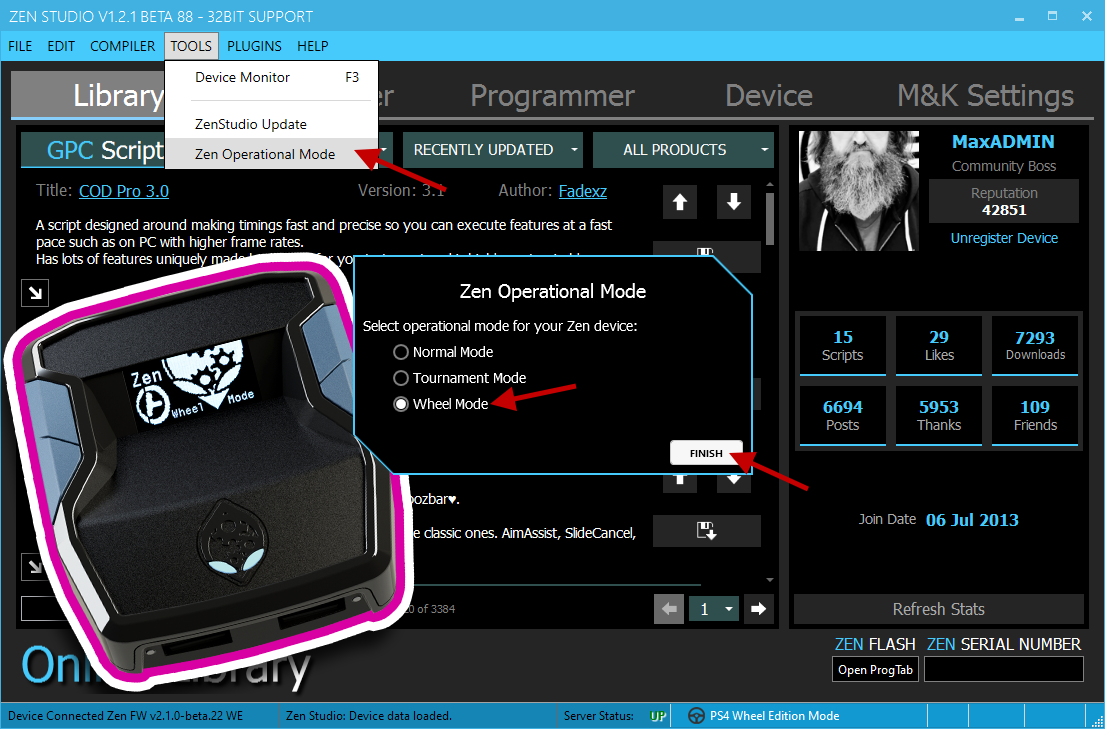 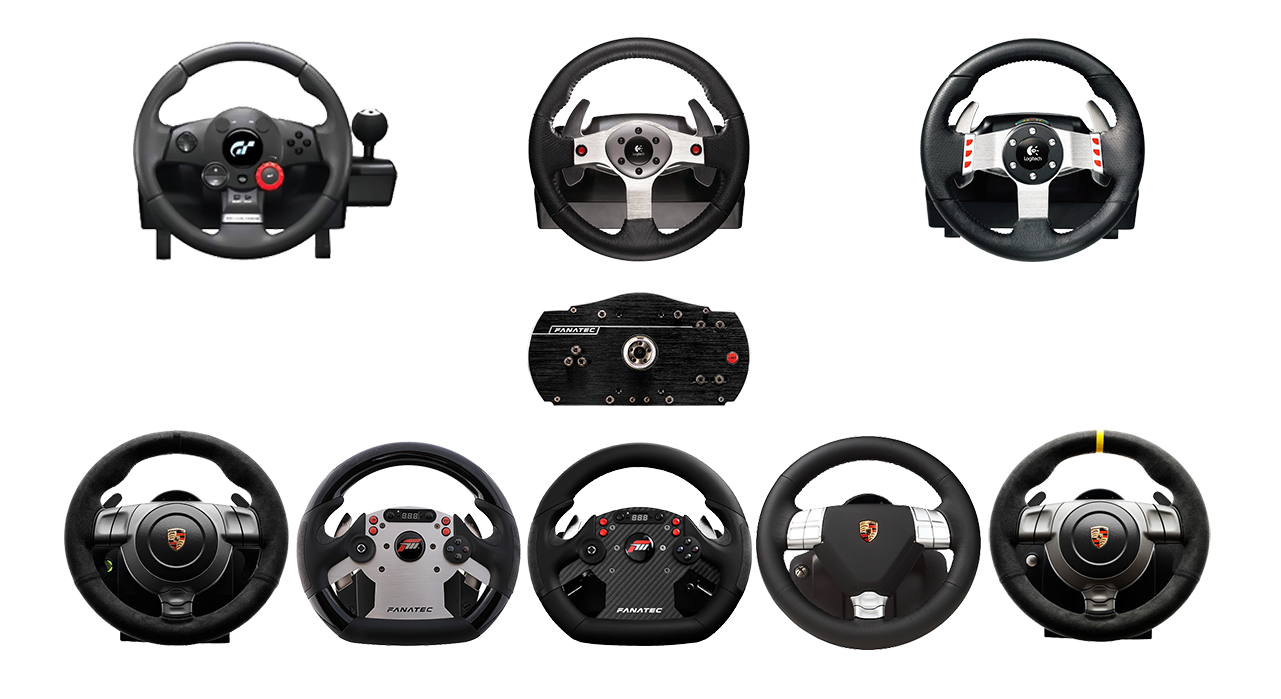 If you require more advanced support for newer games, and a much larger range of wheels, clutches, brakes, and shifters, as well as support for both the PS5 and XBOX SERIES X/S - we invite you to check out our dedicated Racing Wheel product, the Drive Hub 🛒

Use coupon code ZENOWNERBB10 for a 10% discount!

Please note there will be no further updates to Zen's Wheel mode (final update was Jan 2020) as there simply isn't enough space to handle the huge list of different brands of wheels, brakes, shifters and clutches, with support for both PlayStation and Xbox and dozens of games across multiple platforms.

That's why we developed the amazing Drive Hub - which has been GTPlanet's favorite wheel adapter since 2017!

This is the complete list of Logitech and Fanatec Wheels that are supported on a PlayStation 4 by Cronus Zen's Wheel Mode, including full Force Feedback support.

Logitech G29 Notes: Works on a PS4/PS5 without using Zen. The wheel must be switched to PS4 mode with the DC power supply connected - Instructions PDF﻿

Zen's Wheel Mode has been tested working with the vast majority of SIM Racers that support racing wheels on the PS4, such as Gran Turismo 7, Assetto Corsa Competizione, F1 22, GRID Legends, and WRC 10.

This is the complete list of known compatible PS4 SIM Racers that work with Cronus Zen and Wheel Mode.

Now for the fun part. Follow these steps to get you started... 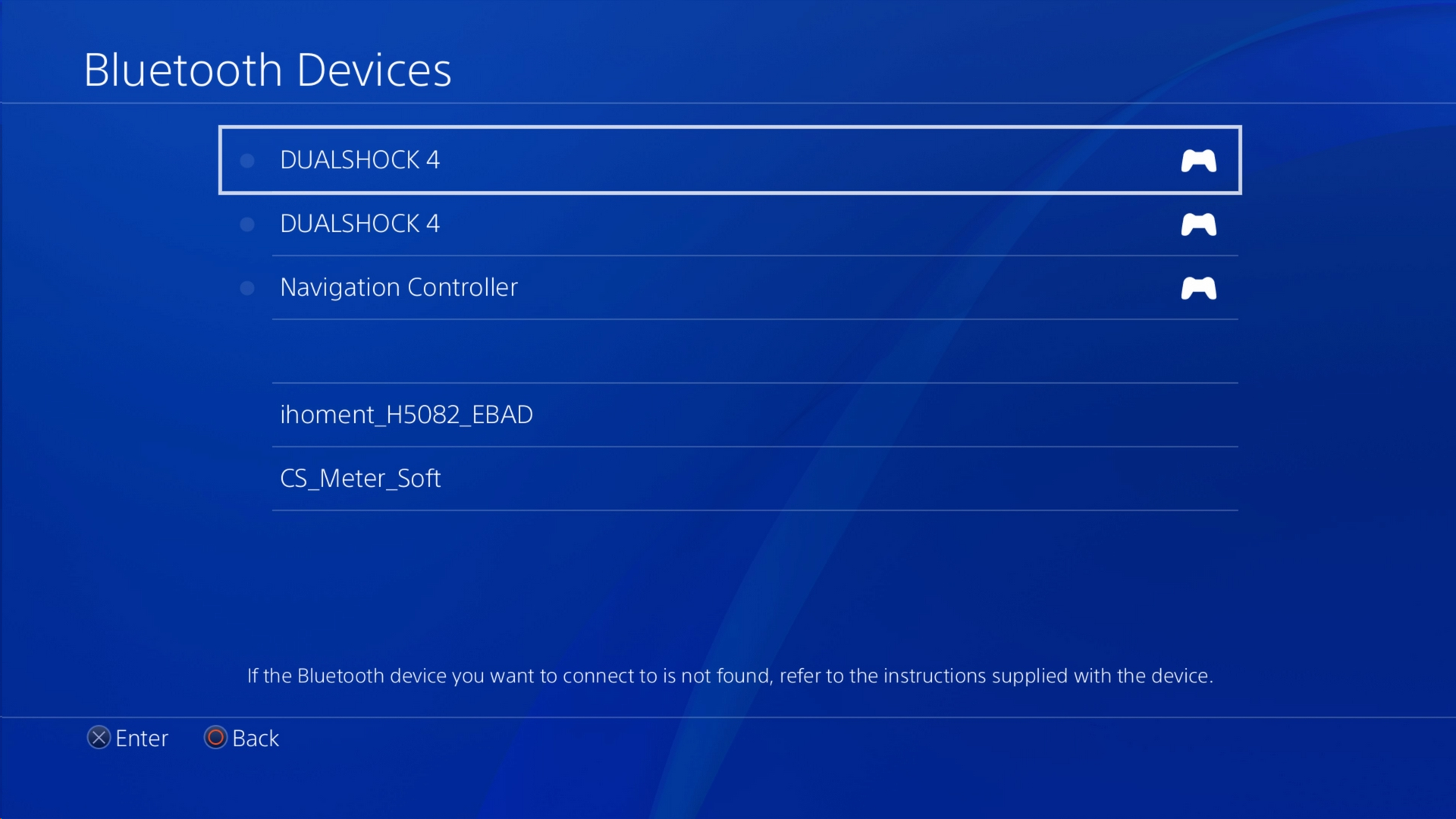 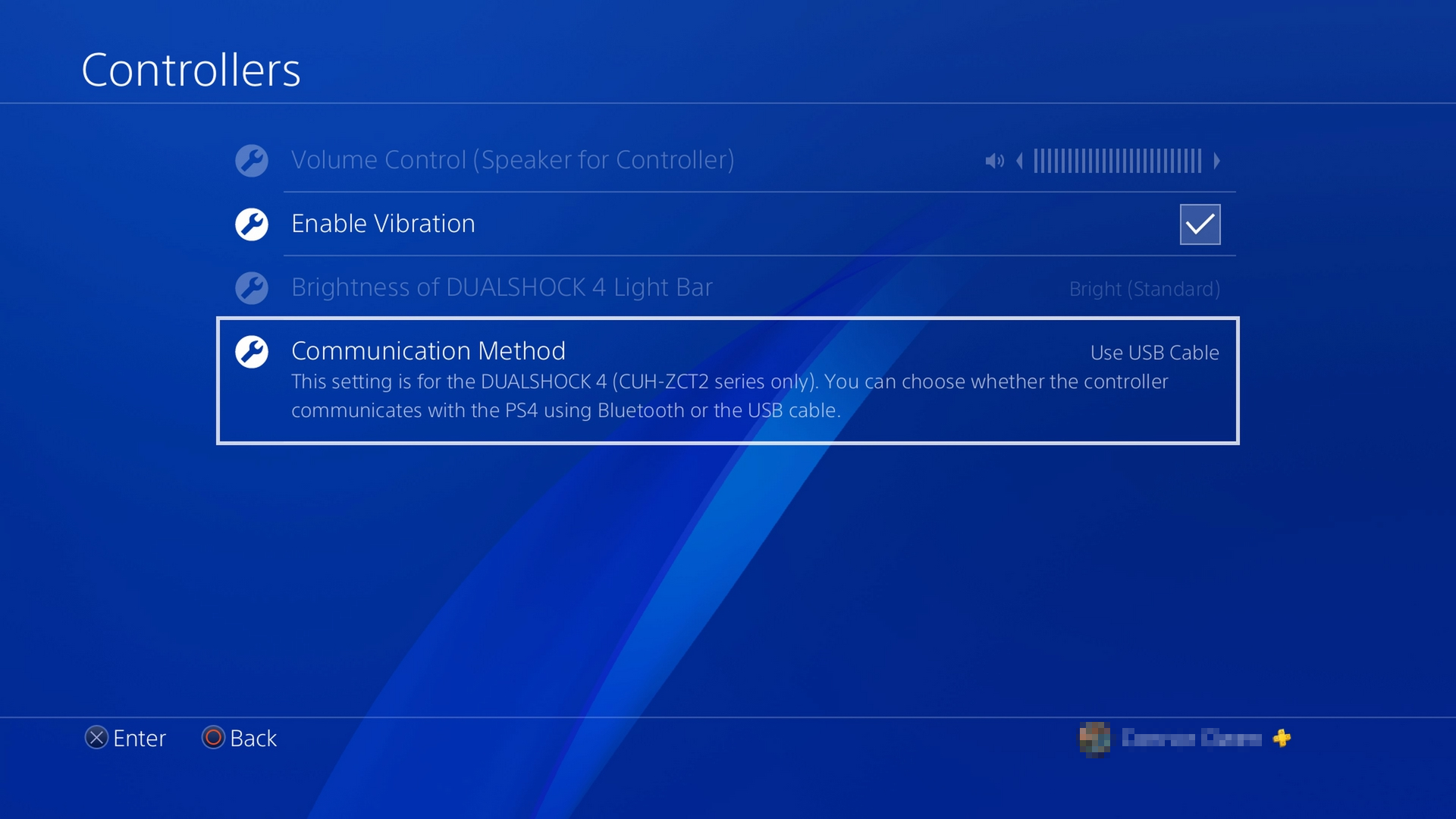 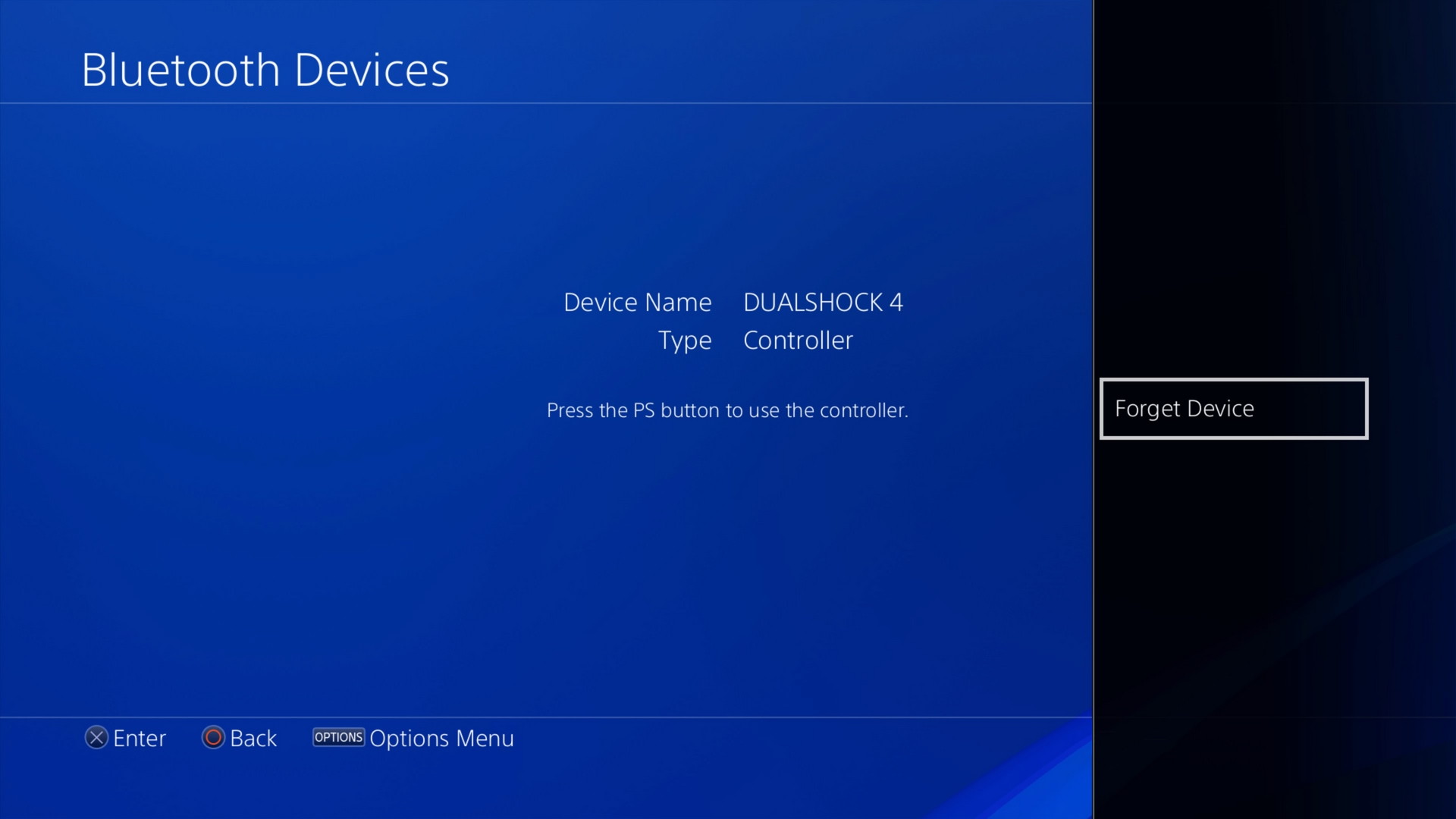 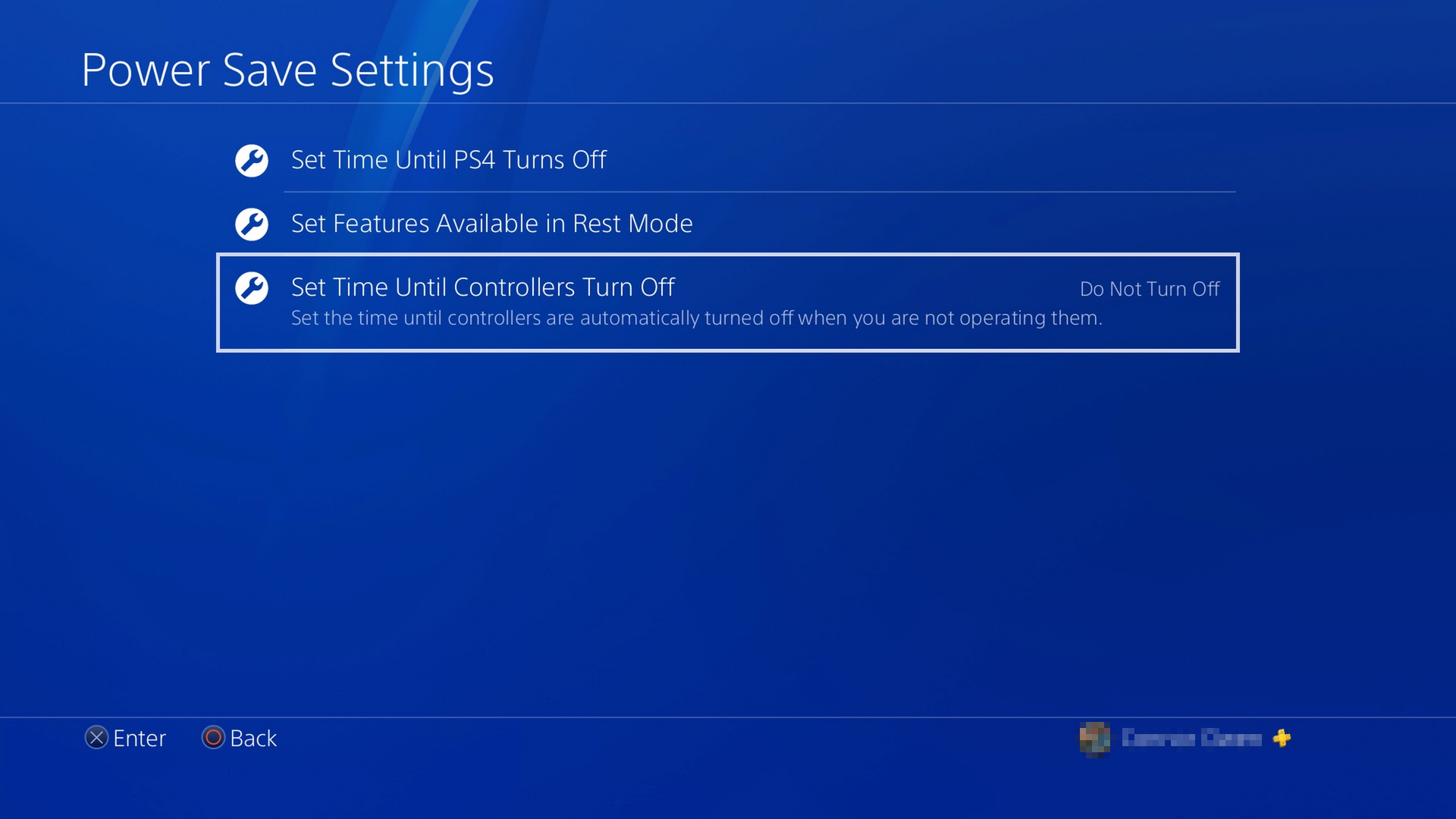 Unlike other inferior products, all supported wheels are automatically re-mapped and converted so they detect in-game as a Logitech G29 with Force Feedback (FFB)👍 We do all the heavy lifting for you!

If your wheel requires a power supply such as Logitech G25, G27 & G29 wheels (DC 24V 2A / 2000mA 48W), it must be connected (if you don't have the PSU, you can buy one from eBay for less than $20), and if you have any pedals, brakes, shifter, clutch, etc. that came with your wheel, make sure they all connected too. If the power supply is not connected, then your wheel will output strange behavior, for example when playing GT7 with a Logitech G27 and no AC/DC power supply connected, there may be no Force Feedback, the left D-PAD is continuously pressing, and the clutch will not detect at all.

You also need a PS4 license donor controller connected to A1, so that the wheel does not disconnect every 8-10 minutes. We recommend the DUALSHOCK 4 CUH-ZCT2 (DS4 v2) which is our preferred controller for all PS4 crossover setups. The table below speaks for itself 😁

DO NOT touch the wheel while the Force Feedback initialization and auto calibration is in progress. It will avoid injuries and/or incorrect calibration.

If successful, the Zen RGBs and DUALSHOCK 4 v2 lightbar will change to solid BLUE﻿﻿, and the wheel will begin calibrating itself (DO NOT TOUCH!) indicating that Zen, wheel and console are now correctly paired. If not? make sure the donor controller is powered on by pressing the PS button, and that the wheel's power supply is connected, then press Zen's reset button a couple of times and that should re-sync everything.

﻿AUDIO: You can connect a wired headset to the A1 DUALSHOCK 4 v2 donor controller. However, it is recommended that you use a wireless headset, or one that connects directly to the console and not the controller. For more details see the Wired Headset Users page.

If you are looking for the best Logitech wheel settings, we highly recommend Brian Koponen's website, he is an expert in all things SIM Racers and guides you through settings for the Logitech GHUB software, and also in-game settings for every major racing game!

If you wish to monitor controller outputs in real-time with Zen Studio, connect the PROG (mini-USB) cable from Zen to PC, and keep the Zen connected to your PS4 with the CONSOLE/PC (micro-USB) cable. Open Zen Studio and make sure the Zen is detected, then go to the Device panel and select Tools > Device Monitor (Shortcut: F3).

If the Zen RGB LEDs do not light up, or if the wheel is not responding, unplug all USB cables from the Zen, reconnect, then press Zen's reset button and that should fix it. Make sure the controllers are powered on.

UP NEXT
Compatible Racing Games
Docs powered by archbee